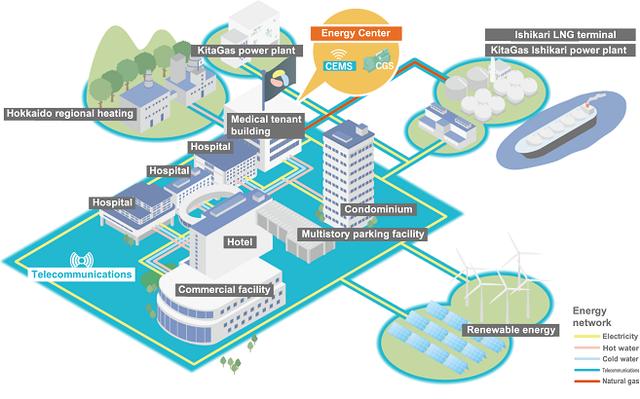 A Pioneering Project for City Development and Energy Policy 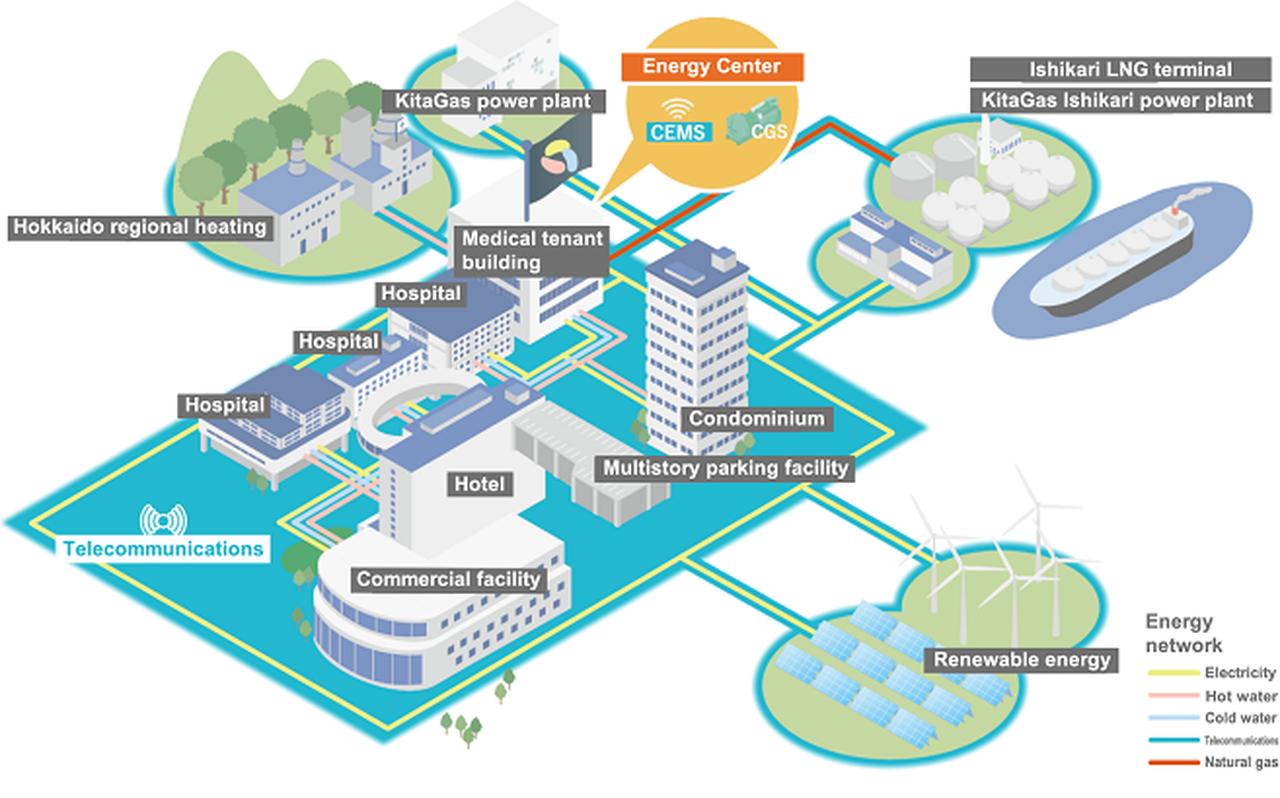 The area around Hokkaido's Shin-Sapporo Station has been in the limelight recently. At the center of Atsubetsu Ward in Sapporo's suburbs, this area combines abundant greenery and convenience, offers both subway and JR stations, and is only a 9-minute express train ride to Sapporo Station and a 30-minute ride to New Chitose Airport. Planned as a subcenter of Sapporo, the area around the station is undergoing large-scale development and becoming a new smart city. The neighboring Kitahiroshima City plans to open a new baseball stadium in 2023, which is expected to increase future activity in the area.