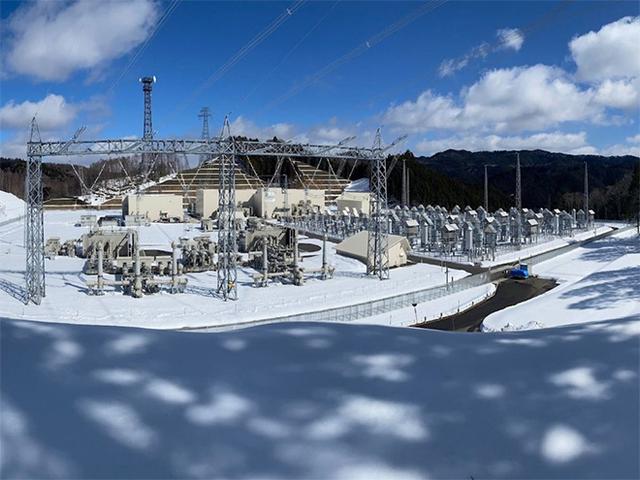 In March 2021, Chubu Electric Power Grid commenced operations at its Hida-Shinano frequency conversion facility (hereinafter referred to as "Hida Converter Station"), which enables the interconnection of power systems with different frequencies. By connecting the facility, built in Takayama City, Gifu Prefecture, to the Shin-Shinano substation (TEPCO) in Nagano Prefecture through an aerial cable that is approximately 89 km long, electricity between eastern and western Japan can now be interconnected.

Hitachi’s HVDC system has been installed at Hida Converter Station. The system increases the interconnection capacity between regions that uses different frequencies and enhances power supply capacity in the event of a large disaster such as an earthquake. In addition, its suitability for long-distance power transmission can lead to the expansion of renewable energy, including solar power and wind power.